Edward Waring "A Letter to The Reverend Dr.Powell....In Answer to his Observations 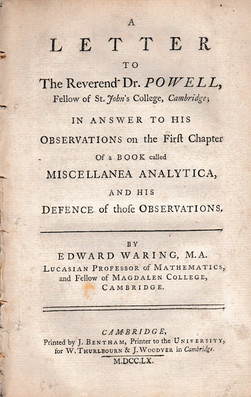 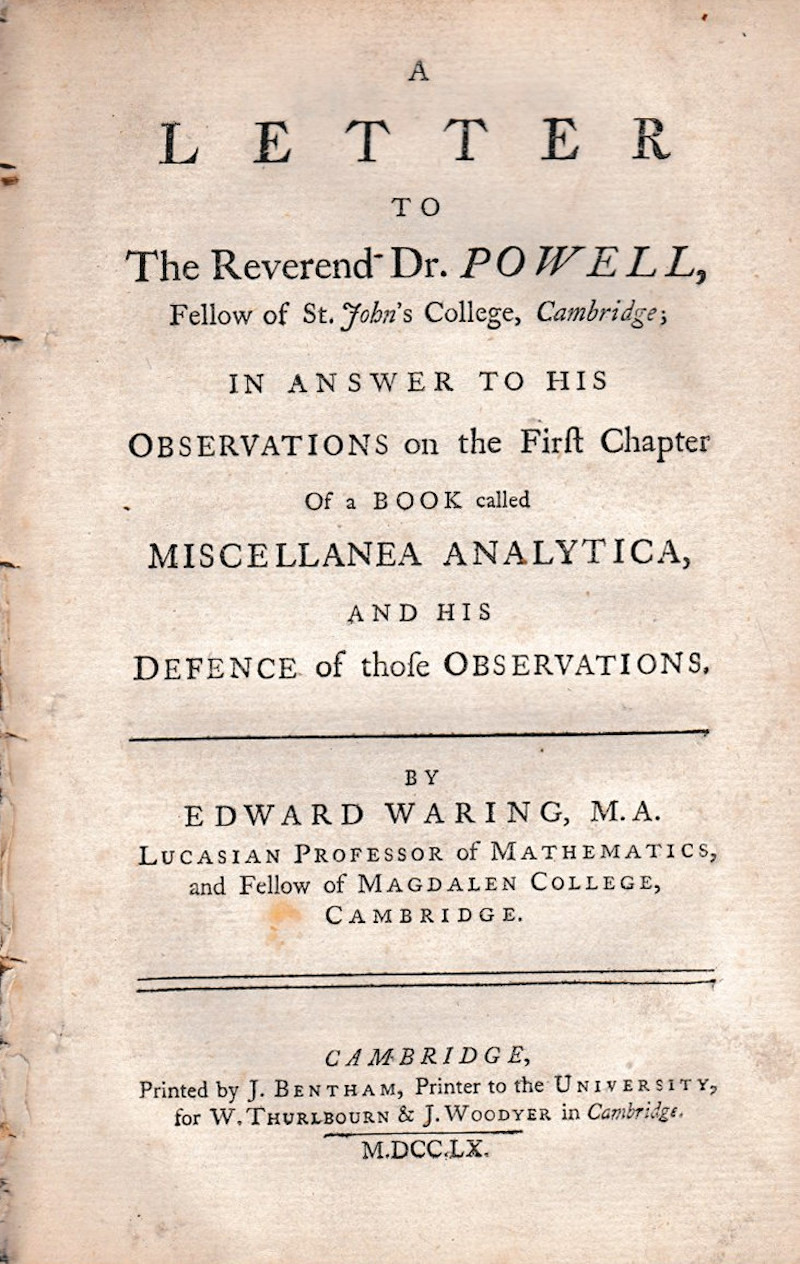